In 2012, our organization held a logo contest with home-schooled children from the Lancaster, PA area. The contest was coordinated with Sam Mylin, the local art teacher in Lancaster.

What Is Oral History?

Oral history is the collection and recording of personal memoirs as historical documentation. It documents forms of discourse normally not documented and it emphasizes the significance of human experience.

Oral history is the best method to use to get an idea not only of what happened, but what past times meant to people and how it felt to be a part of those times.

Oral history involves eyewitness accounts and reminiscences about events and experiences which occurred during the lifetime of the person being interviewed. When we ask people to talk about the past, we are asking them to tell us stories from memory. When they do, they often select and emphasize certain features while minimizing others. People do this to personalize their stories for the listener, to make the story relevant to today, or to make sense of their experiences.

In addition to providing an added dimension to historical research, an oral history project can:

Collecting, preserving, and sharing oral histories not only transmits knowledge from one generation to the next, it enhances our understanding of the past by illuminating personal experience.

The real record of history is found in the lives of ordinary people who lived it. 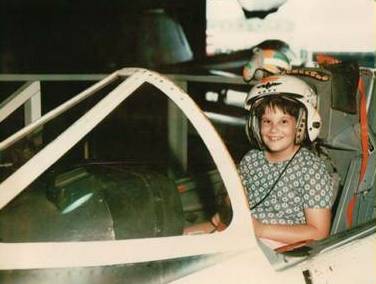 A clinical pharmacist by training, with a subspecialization in cardiovascular pharmacology, Eleanor has worked in the pharmaceutical industry as a medical director for a major pharmaceutical brand and also served as a field-based scientist. She continues to work as a scientific strategist/content expert for a number of pharmaceutical clients.

Eleanor volunteers twice monthly at the National Air and Space Museum in Washington, D.C. where she has been a docent since 1995. She considers it a privilege to educate the public on the history of U.S. aviation and spaceflight and is delighted by engaged tour participants, particularly children.

Eleanor is a co-founding member and CEO of Space Medicine Associates, LLC (www.spacemedicineassociates.com), whose mission is to provide multidisciplinary space medicine and bioastronautics consultation, training and oversight in support of all aspects of off-world travel. Serving both the commercial launch industry and the personal space traveler, SMA endeavors to safely open human spaceflight to as many individuals as possible.

Eleanor is an alumnus of McDonald Elementary in Warminster, PA which she attended from grades 2-6. As a child, she recalls her father taking her and her brother to open houses at NADC Johnsville. Having grown up literally down the street from the base, Johnsville was always fascinating to Eleanor. She’s honored to be capturing the stories of the people who worked there… and others from the community who served the nation admirably during the Cold War and beyond